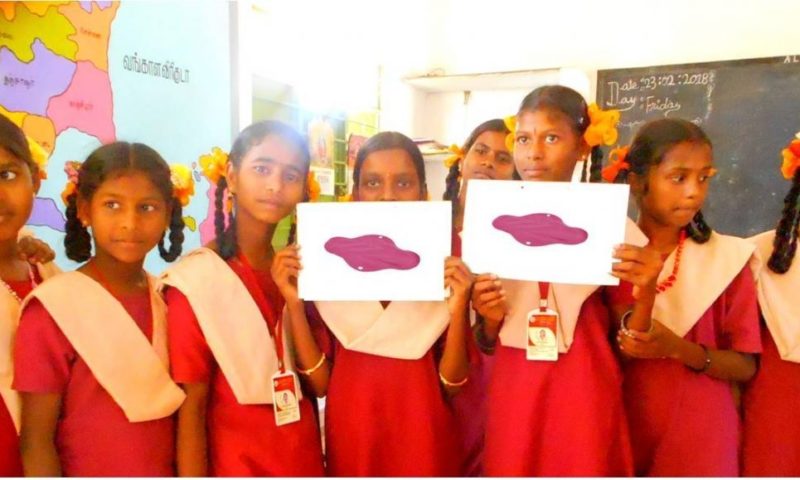 Menstruation:Teenage Girls & The Ghost of Shyness

Menstruation:Teenage Girls & The Ghost of Shyness.

Not to be very expressive in terms of her liking, desires or dreams, not to be assertive in terms of strength, needs and wishes, not to be dominant in her thoughts or talents, not to be aggressive in her ability and aptitude in day-to-day affairs…and blah blah. Aren’t these the criteria what expected of a woman always? Isn’t she always supposed to be fiercely guided by somebody all her life, somebody who could be her father or husband or brother or partner or lover? Isn’t it something like as if, since she has missed a Y-Chromosome in here genes so she has to compensate it with her “Freedom” throughout her life to the ones who were opportune to receive that Y-Chromosome in their genes (Read, “male”)

The above lines, questions or assertions are just the tip of the iceberg that a girl goes through terribly in her tender and soft mind in her upbringing years. Even if she is subjected to inequalities for being a girl since she was born, since babyhood, she is raised with the preconditioned minds with preconceived Tory notions of her parents, family and the stand-pat gender biased society, but the complexities and the impacts of those injustice of unfairness starts showing up evidently when she steps in her teens or sometimes in her pre-teen age too. Preconditioned mind as in with the dos and don’ts which a girl child has to face and act prudently.

As a result, in most of the cases the girls in Indian families are often grow up with low self-esteem, low self-confidence and at times lack a sense of self worth too because of the regression reflecting in stereotyping of questions as in how they should behave.   Often they are wrapped up with ghost of shyness and coyness without their notice probably making them reserve and introvert. This actually ruins them from within, because puberty and adolescence come up with their own bags of natural complexities and intricacies. It’s the time when ideally a girl should be made to SPEAK UP most, but what happens in reality is their power of assertion is actually trimmed by the society and surrounding. And that makes it very difficult for them to tell or discuss even the genuine things that they face invariably with their elders.

Being a girl hailing from an orthodox society I do know one of the difficulties faced by girls is when they attain their womanhood. Menstruation is nothing but a very normal biological phenomenon, and adolescent girls and women should understand that they have the power of procreation only because of this virtue. However it’s considered as a peccadillo in the most of the Indian societies and its consequences have to be endured by every woman the rest of her life. Isn’t it a stark irony?

It’s almost that time of the month. She feels puffier than a marshmallow and her temple breaks out in zits. Chocolate is the only thing that calms her down and prevents her from beating up that irritating guy behind her in maths or badminton. Why do girls have to go through this? Well, for one thing, it’s her body’s way of preparing her for pregnancy. Is it anyway evil or immoral?

But in many parts of India and other countries, the myth that menstruation makes a woman impure and dirty persists strongly.

Such taboos about menstruation present in many societies impact on girls’ and women’s emotional state, mentality and lifestyle and most importantly, health. It’s the sole reason why a large numbers of girls in many less economically developed countries drop out of school when they begin menstruating.

These not only significantly influence their sexual and reproductive health but also possess much social and educational impact. With much shame, infamy and disgrace associated with periods, girls tend shy away to tell the complications they go through during this period at times. They also end up doing and following unhealthy and insanitary things. They tend to use unhygienic practices such as drying the cloth pad and undergarments in a tiny corner of the room, storing the pads in a filthy place or using a sanitary pad for longer hours than recommended. Apart from health-related complications that can be caused by wrong information, it is also crushing girls’ confidence, making them damaged and devastated when they believe their bodies are ‘dirty’ and coupled with something awful.

With a damaged seed can we expect a healthy plant and thereby a giant tree that gives healthy fruits? Of course not. Isn’t it? A healthy woman is the pre-requisite of a healthy offspring and thereby a healthy civilization and being healthy means healthy in terms of body, mind and soul. So it’s imperative for the society to immediately look upon the problems faced by the teenage and adolescent girls. Because, it’s that period of their age that defines the prospect of the future generation. I just quoted one difficult things. However there are many problems an adolescent girl faces which needs words to be expressed and ears to be heard. Just like explaining to them that bleeding every month is a natural process like any other bodily process slowly brings behavioral changes,  similarly a considerate  communicative approach to the  concerns and complexities of adolescence girls not only will alienate their shyness but also make them healthy both physically and mentally. Menstruation:Teenage Girls & The Ghost of Shyness…is a reality…in fact a sad reality.

Menstruation,Teenage Girls & The Ghost of Shyness……What do you say about it?