Congratulate People Even When Things are Not Working out for Ourselves

Congratulate People Even When Things are Not Working out for Ourselves, around you, acknowledge their hard work & achievements.

One of my friends who is an eminent writer & a very composed persona in herself writes….

We human beings are complex in our nature. Often it happens that we love to recognize the accomplishments of people around us only when everything is fine with us. Or we are doing good.  When things don’t work with us, we just either fail to congratulate or acknowledge but sometimes we feel bad & become sarcastic also.

I am not going to dig dipper into the psychological aspect of it & how to deal with it. The renowned psychologists are the best person to share their insights.

My observation is very simple. Co-existence of conflicting feelings is inevitable in everyone’s life. At our most miserable time, may be one of our close friends or relatives gets the highest accomplishments. Maybe we want to acknowledge, appreciate that, but deep down within us the feelings sadness strongly surface. Basically “Ambivalence, or having strong feelings in two opposing directions at once, can be a very stressful state,”

Now comes the reactions/response, which is very important to define how it goes ahead. Either we supress the internal feelings & appreciate others achievement or we become sarcastic or jealous or you know sometimes just become critical of it.  I don’t see merit on both the way.

I feel, life is a solitary journey. And time is always moving…which is an eternal truth. I learnt with the course of life that “It’s Just about My Life, My timings”.

I learnt to keep things apart. My friend is really accomplishing great heights is one thing. And my timing is not perfect is another. Even though things are happening at the same time, I keep them separate.

In the former case I feel happy, derive inspiration from my friends’ accomplishments, learn the tricks how he/she managed to do the required hard-works. Also,

it motivates me in a positive way that things can really workout if someone is consistent & sincere.

On the later case, I accept my feelings, accept my timings

& try to evaluate the reasons why things are not working out & look for changes that needs to be incorporated. Also, I learn to be patient & wait for my turn.

Also, I feel every happenings/occurrence in our

immediate surrounding has something to tell us. Everything is live for me & I try to listen what exactly I being told by these events.

Trust me, it helped me process the emotions in easier way. I really feel happy within to Congratulate my friend. At the same time, I could hear a voice from within that your turn is just ahead…

So, Congratulate people, even when things miserable with us with true hearty feelings. It’s sometimes life’s test how you process Conflicting Emotions.

Time changes, so nothing is permanent in nature then how can bad times or good times be??!! 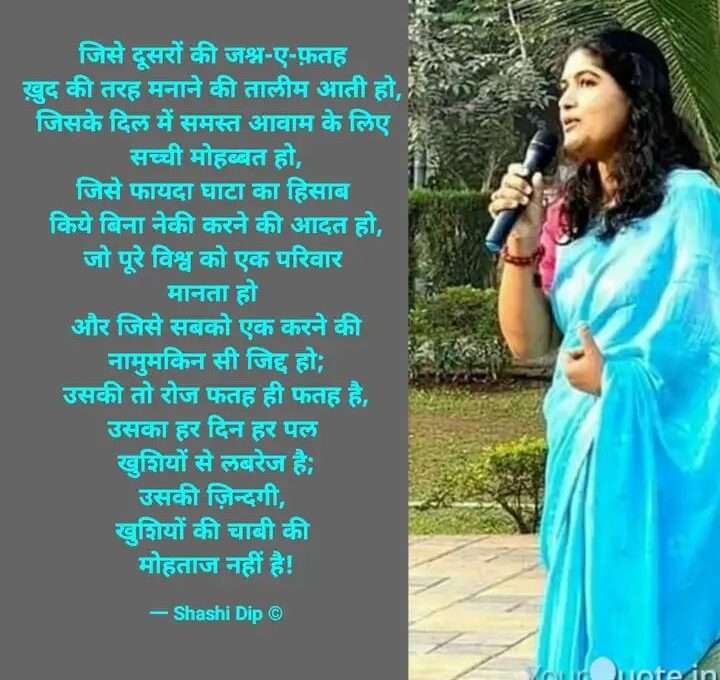 Congratulate People Even When Things are Not Working out for Ourselves!!! 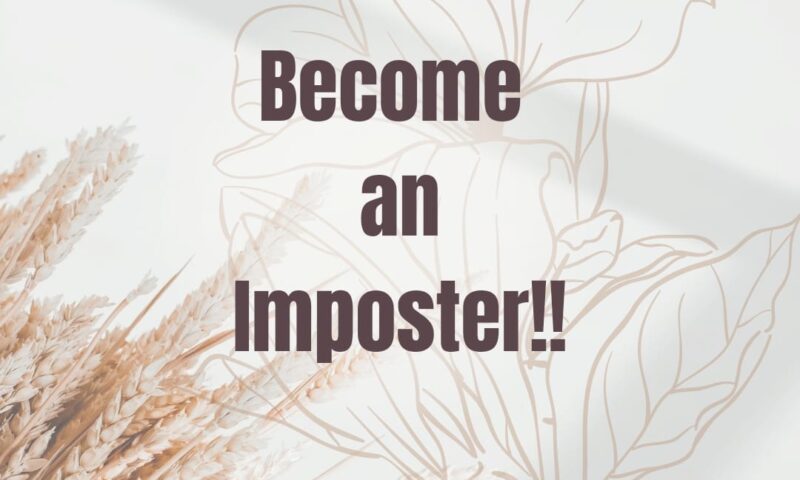 Well, let me explain. It happened couple of months back. On my work place things were not working. There were certain assignments one has to do as a part of job deliverable. I was just not performing.

I knew affirmation works. But then when the things do not go well, you don’t even think right, let alone affirmations, right!

But I tried, just like that.  I just started saying to myself, I am doing good. I am performing. Trust me, many times I just looked at mirror & said I am the performer.

Slowly it worked. I felt positive. Things were as it is outside. But something in me changed.

Initially, It was hard to believe what I was saying, but gradually I started believing it. My thought process changed. I started thinking positive.

And then things started changing outside as well. The graph of my performance took an upward turn.

It’s a small observation, I know. But point is if you pretend something, you start believing.

By saying become an imposter, I mean, pretend to be what you actually want to be if you are not already. You just need to act as if…

They say, “fake it till you make it”.

Long back I had read about it in Robin Sharma’s book WHO WILL CRY, WHEN YOU WILL DIE.

Researches have shown that when we start faking something, with repeated affirmation, the brain start believing the same. Rachon, alias Amir Khan in the movie 3 idiots was saying, “All is well” …remember!!

It’s just about becoming an imposter in life, to give it a turn. It’s about your ability to show or hide emotions, depending on the situation.

Sometimes it’s good to wear your heart on your sleeve, and sometimes it’s better to just keep people guessing about how you truly feel about something. Sometimes, it’s good to pretend & become an imposter. It really works…try it once.

Let me know your story as well. 😊 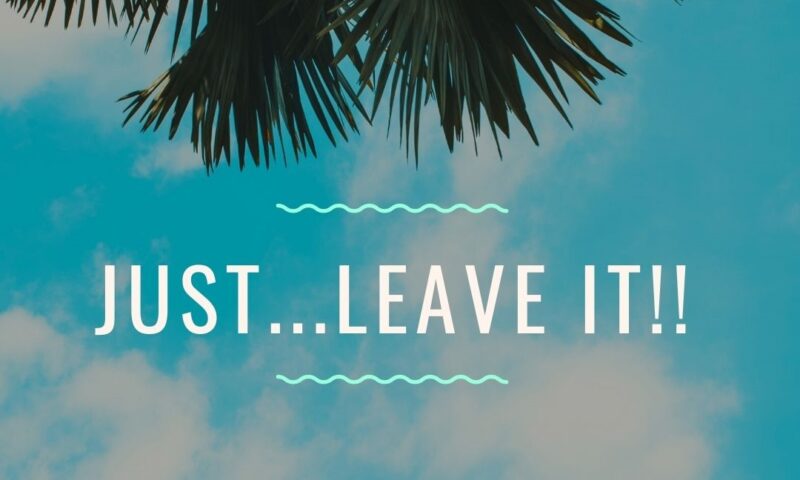 We had relocation from Delhi to Mumbai. My new rented house in Mumbai was smaller than that of the fully furnished flat at Delhi. Not only undersized but also there was no storage space available in my new house.

So, when the packers’ people unloaded the consignment and asked for the space to keep the unpacked things, I had no idea how to allocate them. Nevertheless, some regular things like refrigerator, Television, sofa etc were unpacked immediately and took their respective allotted places. But a lot of boxes could not get unpacked due to non-availability of space.

Undecided, we finally had to keep them the other bedroom. And it was looking like that of a warehouse. A total mess.  I am a very sorted person. I just can’t be comfortable if things are not organized.  As expected, I was mentally very upset for this. I couldn’t free my mind. Every time I had a look in that room, I would feel very distressed. Clutter is something I really hate.

I felt as if the unorganized thing boxes) had occupied the whole space in my MIND. Every time I look at them, they were quite annoying. I kept thinking how to organize them. I was just unable to get them out of my mind. In fact, I was so stressed that I fall ill and became unwell for a week.

In those days my friend Rachna from Delhi called me up to know my whereabout. Whether we got settled or not. I told her how I was feeling. Then she told me, “Tina, Just Leave It, don’t think so much about it stressing your mind. Things will be fine with time.”

It was difficult not to think about it but there was no option also. I wasn’t physically well too. So, slowly I stopped thinking much about it that time.

Days passed. Then slowly I realized that I have to stop thinking about them completely. Because nothing could be done immediately. I had to stop worrying anyway. With every passing day I started accepting the mess, getting used it. When we resist, we feel difficulty in accepting. #Fact. So probably I had stopped resisting the reality. And it worked.

Later my husband and I decided to go for some storage furniture as per the requirement slowly but surely. Till then, we let it as it is”. I just leave it as it is!!! Later on, everything was fine and nicely accommodated. The boxes were unpacked & certain things were discarded. Rest of the things were kept well organized.

Today when I look at this incident though it appears as a very trivial yet I find it as an “piece” very tactfully scripted by The Universe to teach me a very good lesson. With this incident I understood that Life is like this. We have many things to do. But sometime we don’t have enough resources. At least in particular moments. Again, however smart we are…. we cannot do anything unless we have adequate resources for it…. right!!!

May be sometimes our resources in terms of money, emotion…etc are not sufficient to take care of our immediate need. Sometime this kind of situation arises for a temporary period and may be sometime permanently they remain as it is. However, whether it is temporary or permanent in nature… usually they lead us to keep worrying. Sometimes, in fact we worry because we expect too much out of a situation. External things happen leading to some kind of mess in our life.

But thing is, we need to accept it first, then accommodate and then sort it out, in whatever possible way.

Life is full of desires, dreams and responsibilities. Also, it has some short of missing things in terms of knowledge, time, education or finance. In short… there will be always a crash between requirements and resources. So, whenever there is a collision between requirements and resources it is better to simply “JUST LEAVE IT” and stop worrying about it. Things will take care of themselves. Cool your mind…after all we are not here to do everything at any time nor could we ever do it like that. Isn’t it??

JUST LEAVE IT….ALLOW IT TO SETTLE DOWN ON IT”S OWN!!!

This is also Published in…CLICK HERE