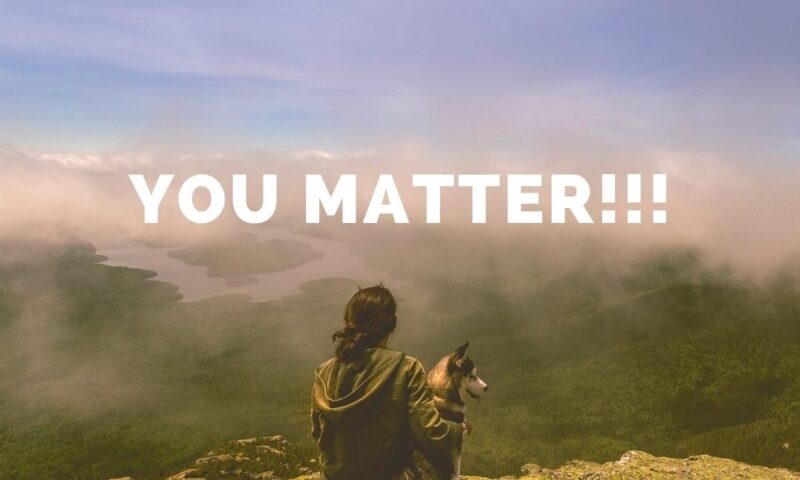 I am a self-claimed mental health activist. Because from a very tender age I have seen the how mentally stressed people suffer & make others suffer too. And I feel very intensely for those people who end their lives in an impulsive moment. I was very much disturbed when the news of actor Sushant Singh Rajpoot’s demise had surfaced.

I know this is a reality. We have people around who might be going through the same impulsive state. It doesn’t matter to what strata of society we belong to, in what profession we are in, what’s the gender…nothing matters because inside the brain, the network is same for all.

Suicide is always a permanent decision to deal with a temporary problem…. we all know that.
It’s a whimsical reaction to sudden a flush of strong emotions that makes the person edgy for that vulnerable moments.

Let me clear it, Depression isn’t the only reason for it. Because It’s not that every depressed person will commit suicide or everyone who is committing suicide is depressed but those who are in depression are vulnerable for sure.

It’s very difficult to understand a person having suicidal thoughts or behavior unless you have gone through the same. Trust me, I was having chronic suicidal thoughts. Can you believe it?? I agree it could be because of some traumatic childhood/upbringing things. Or may the reason be I am too sensitive. But every one has a very sensitive side. At least once in a life time every one goes though the life’s sulking experiences & become very vulnerable. But some people just don’t find it easy to digest it. They need help. And there where I feel we can step in and save lives.

As I say, I’m very sensitive & a small trigger to my emotions edges me to that state. I had tried to end my life couple of times also. But Thankfully, saved, narrowly escaped. It’s a confession…
However, Every time after I got that narrow escape, I felt, how stupid it was of me thinking of ending my life for the people, reasons or issues that bothered me a lot. In fact, after every escape I didn’t even find those things worth thinking for let alone dying for it. It’s just sheer STUPIDITY…I tell you.

But yes, I know what a person goes through just before committing suicide. Death appears easier than living. It gives tremendous courage to die, which in normal state we can never do. We fear death…right. But in THAT state, that FEAR just disappears for that moment. But later, everyone – except few who are unlucky to escape that moment – realizes that life is worth living for. Life is not just that “Particular Moment” but the countless moments we are suppose to live.

Now I am stable, I know very well how to live with it. I spoke to couple of my friends to understand why I feel that way, at first place.  I spoke to experts also. Took some professional help too. And then I realized, at the end the day, It’s ME matters for me more than anyone else.

I realized that accepting that I have some mental issues is the first step to deal with it. Mental health is a reality. And then I understood that it’s okay to sad & sensitive but never hurt ourselves.

At last, I feel the best thing is to talk about it. Sometimes, we just don’t find anyone to talk how we feel. For this, I feel we should avail ourselves for others in their most vulnerable moment. And I did the same.

So, if you are reading this, and you or anyone who you know, ever go through such sudden flush of strong emotions, then please connect with me. @tina_acharya.

But it’s NOT okay to hurt ourselves, end our lives…A BIG NO! Because “YOU MATTER”

The best way to deal with such occasional emotions is to understand your own emotional states. Speak to someone when you feel the surge of those emotions. It works wonders.
No matter who you are, if you are reading this …feel free to talk to me or anyone else who you feel can understand your feeling…
Before taking a plunge to a permanent decision…. TALK ONCE…I know I can help YOU.TRUST ME

TRUST ME, I CAN HELP YOU…I AM THERE FOR YOU…Because I understand how it feels to be in THAT STATE. 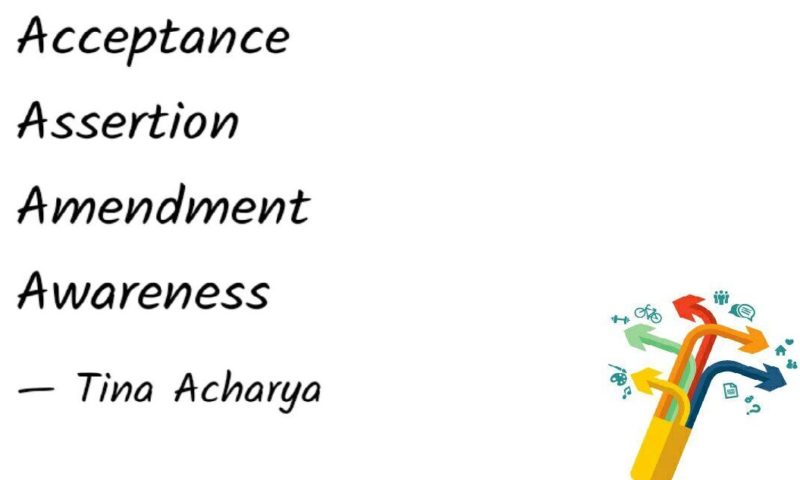 FOUR As To Deal with Depression…like Acceptance, Assertion,Amendment and awareness are the real ways in which depression can be dealt with.

In an ever increasingly interconnected world, people have never been so disconnected, detached and lonesome. Often we ignore someone in our surrounding who has all of a sudden gone in isolation, abruptly lost interests in day to day life and activities he or she has once get pleasure from most and have a extremely inert and passive stance towards life. These unusual behaviors often go unseen, overlooked or unnoticed and the person is edged to take a permanently erroneous decision.  The person surely suffers from an acute mental sickness and depression. Let’s not ignore it, anymore, reach out to the person, and help him/her get over this phase of life. Be sensitive, sensible and pro-active….

ADOPT THESE FOUR As

Acceptance– The first step is to accept its existence recognise it as a disease. “Depression Exist and its lethal for a normal well being of a person.”

Assertion – In many cases even if its existence is accepted, people seldom talk about it given to the social taboo. We have to get over this inhibition and make ourselves available for treatment.

Amendment – Since it’s treatable, so along with medication, we have to amend some of our life style issues and outlook towards life.

Awareness – And last but not the least speared awareness about its existence, deadliness and curability.

The Above mentioned are the Fundamental FOUR As To Deal with Depression…at least to reach  at it’s entrance gate. 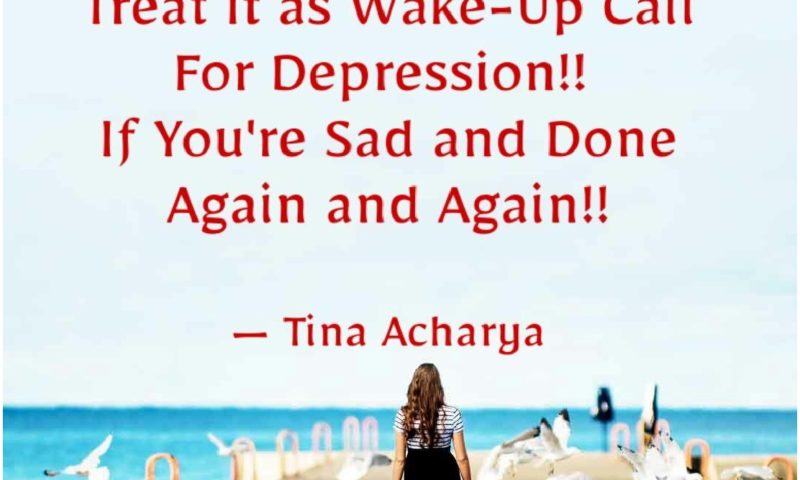