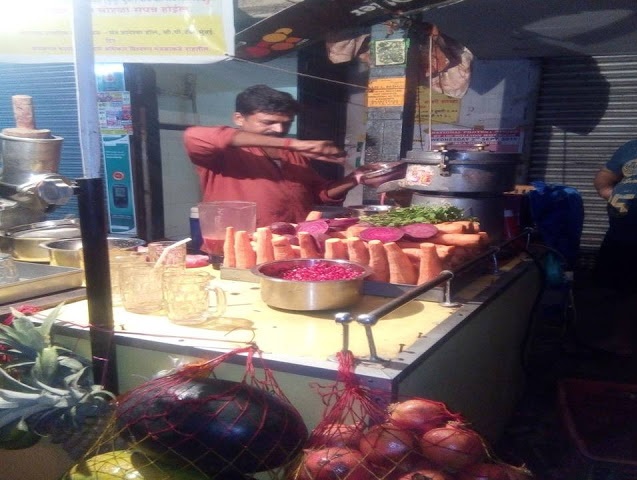 Every day is a school life at the School of life. I always feel Life itself is a school that teaches me the very lessons of being a human and sensible in a realistic world.

Here is an encounter that taught me for what it is to be a human. It taught me kindness….

It happened few months back. We were returning from a Dadar after attending to a Doctor. The appointment was over around 10 pm and by the time we reached Vashi it was almost around 11:15 p.m.  It was already late so we decided to pack some food from a restaurant for dinner.

We went to one and placed our order. In a while the parcel was ready. As we came out, suddenly it started drizzling. The car was parked at a little distance. If we would have walked to the car, it was certain that by the time we reach we would have drenched ourselves by and large if not totally. We couldn’t afford to allow our son to be soaked to the skin as he has serious respiratory problems and damped with rain would definitely aggravate the ailment. My husband asked my son and me to wait there while he went to the car to bring the umbrella. Near that restaurant a Fruit Juicewala has his outlet. We stayed there.

Although it is a busy lane in general but that time it was almost crowd free as it was late in the night. Most shutters were already down. Not many people I could see surrounding the Juicewala as well. I observed some of them were even bargaining for the price for a “Glass Of juice” although he was selling it in a nominal price as compared to the same “Glass of Juice” in any branded juice outlet or restaurant.

Well…that’s the way most of us do…I guess. I loved the way the Juicewala appeared to be. Tireless, energetic and cool…I quickly clicked some pictures of him without him noticing.

I saw a little boy – may be in his early teens – was standing there and looking at the Juice glasses. With a cursory glance only I thought he might have been a son of a shopkeeper in that place or the people around there.

After some time I saw The Juicewala offered him “A Glass of Anar Juice (Pomegranate juice) and the little soul gulped them as quickly as he could.

Now I was sure the boy was either known to the Juicewala or he might have been asked to offer the juice by any elder/guardian of the boy. However I was proved wrong as I saw the little boy ran to a tempo parked at few steps away after hearing a harsh tone from a mid aged man who was behind the wheel.

He ran swiftly and quickly boarded the tempo and within moments it was out of sights.

I was bit curious. By that time my Husband had already reached with Umbrellas. But I couldn’t stop myself asking The Juicewala about the whole scene.

What he said had a deep impact on me…

The little boy was a child laborer working as a helper for that tempo driver. They had come there to deliver something for sure. The boy was waiting their till his boss come out with the payments.  He was perhaps hungry which the Juicewala understood. So he offered him a Glass of Juice even if the boy was completely a stranger to him.

Just before I had seen “well off” people quibbling hard to lessen even Rs10/- for a glass of Juice where as the Juicewala offered an entire Glass – which could have earned him Rs.70/- per a Glass of Anar Juice – to a hungry child. Also none of us including me could see the starving eyes of that boy….isn’t it something shameful on our part?

As I boarded the car I had already stirred from within like always such Encounters at life  do… It was something soul stirring as it made me realized the shrunken consciousness inside us the so called “well heeled affluent” people. We perhaps need counseling on “kindness and generosity” and need to learn some lessons on humanity from such people around us like that of the above Fruit Juicewala”

Indeed, Kindness is word that may be a deaf can hear and a dumb can speak but the people without heart or conscience can never understand….

With the Encounters at Life I always wish…. Let me be a STUDENT @Life …always.

It is also posted in my other blog, CLICK HERE 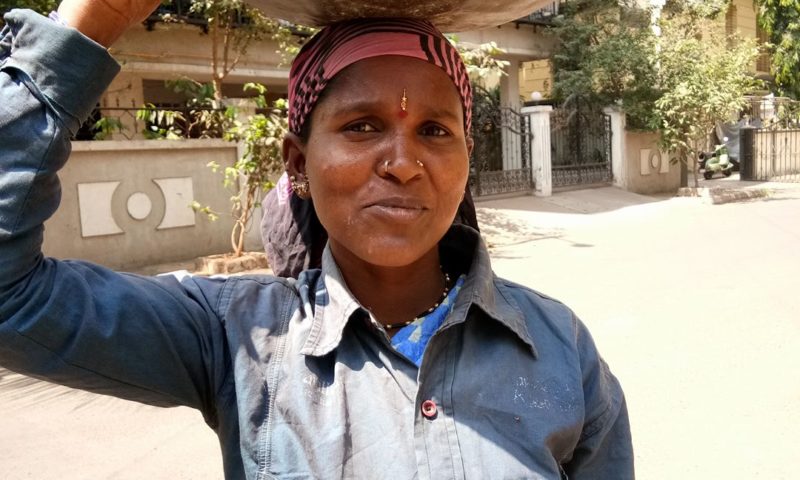 East Or West
Her Grace, Elegance and Smile
Is indeed The Best 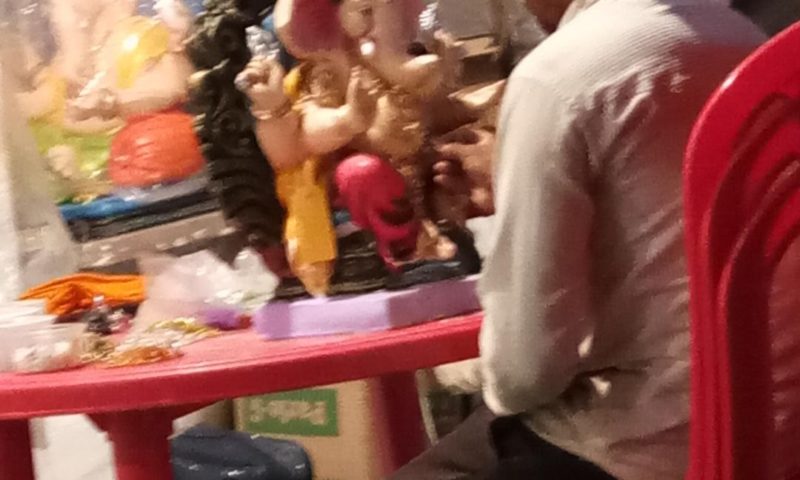 While passing by at Nerul,  I noticed this make shift arrangements where the adorable idols of Bappa were in display. While watching the idols,  my attention was caught by  this moortikar who seemed to be deeply involved in polishing one of the idols.  I tried to get his attention by calling him but in vein as he didn’t respond. Probably he didn’t want to break his concentration. The setting – three chairs put together with all those untidiness around –  I was amused.  I was amused thinking of the fact that even in that state he can bring the gorgeous Beauty and life on the faces of the lifeless idols.  In reality,  Its the inner beauty of the moortikar that reflects on the faces of our beloved God’s faces.  Do we ever see that while we adore The idols of Our Adorable Gods.