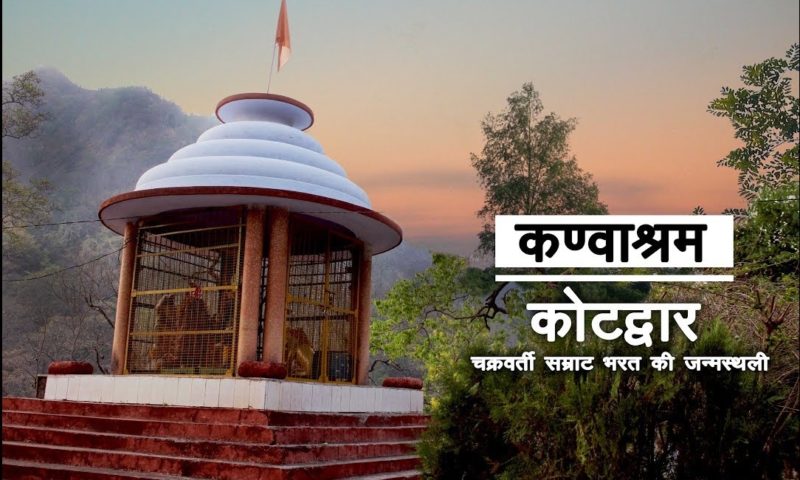 Kanvashram in Uttarakhand – A Mystic Encounter!!

This story has been written by Mr.Rakesh Nautiyal, a Senior Scientist, GM at ONGC. Recently I came across him and become friends. There are many interesting stories he would tell at times…being a globetrotter.  Basically from Uttarakhand, he had a real life encounter at this nature nestled place Kanvashram in Uttarakhand. It’s really interesting….Read on.

Situated in the foothill of Himalayas the town is encircled by small mountain range from two sides and the southern side is open towards plain land the entry point for the hilly region and northern boundary touches the Rajaji national park. Our house was in the midst of Mango orchard with a beautiful garden in front of the house. I have seen my mother always working and maintaining the different type of flowers in the garden. We all brothers and sisters loved to play outdoors games in the mango orchard spread over 8 Bighas of land having trees of Ashok, Guwava, lichhi, Pear & some rare medicinal trees, daily after returning from school within our premises. I always feel very nostalgic to remember the good old days. I have completed my higher secondary studies in the same town & went to Dehradun for further studies.

The story goes like this….it was just after few days of my marriage and we wanted to visit the temple for the deity’s blessings and planned to take my wife to the nearby place called Kanvashram.

To give a little introduction about Kanvashram it is said to be the birthplace of Emperor Bharat and an important place both historically, culturally and archaeologically in the history of India. It is located on the bank of the river Malini flowing alongside it, which makes it carefully, nestled in Mother Nature. The place was about 12 km from my home. 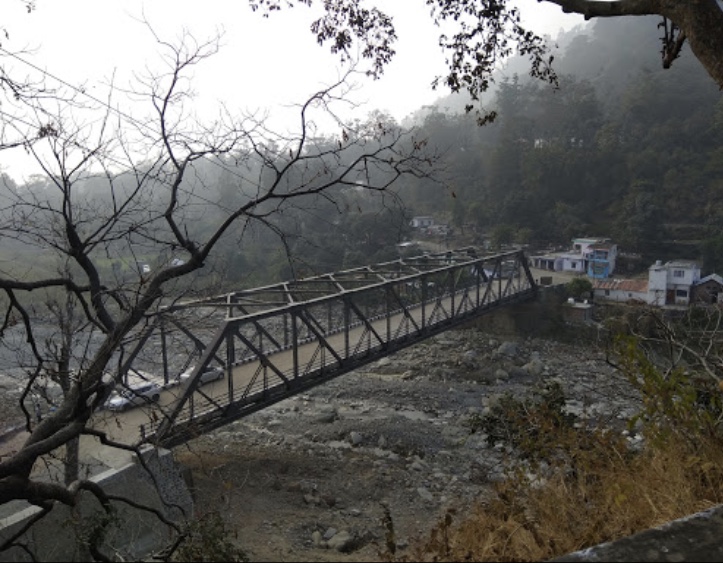 It is believed that Indra, the king of Gods, scared by The Sage Vishwamitra’s meditation, sent a beautiful celestial damsel named Menaka to the earth to disrupt his meditation. She succeeded in disturbing Vishwamitra’s meditation. With their union, she gave birth to a girl child. Menaka having succeeded in her purpose left the child on the bank of the river Malini and went back to her heavenly abode. This child was found by sage Kanna who brought her up in his ashram called Kanvashram. She was named Shakuntla by the sage. She later married to the King of this region named Dushyanta. She gave birth to a son who was called Bharata, the prince after whom India was named as Bharatavarsha. It is believed that nearly 10,000 pupils used to stay in the ashram of Kanva Rishi in ancient time to get Education. Since then the valley or Ghati is known as Kanvaghati.

Our trip to Kanvashram started as per the plan……Just like the rest of Uttarakhand, this place also boasts of lush green areas and mountains which are a breath-taking sight to behold. And among these forests live a number of wild animals, oblivious to the man –made inventions in their cities.

While visiting that place with my family, I couldn’t help but get drawn towards few animal enclosures they had there at the time just opposite to the Ashram. There was a temporary bridge over the Malini River connecting Ashram and the zoo maintained by the forest department. After all, it’s not every day that you get to see such beautiful wild animals roaming freely in their natural habitats…

Nevertheless, walking along such an enclosure, we spotted a gorgeous looking Barasingha aka a swamp deer. It was just like what animal planet would portray, with its majestic horns in all its glory. Suddenly, I felt an urge to go closer and feed it some snacks I had with me.

Since I saw no guard at the enclosure entrance, I decided to try my luck and to my surprise, the gate to its enclosure was unlocked! As I walked inside and slowly towards the deer, visibly it sensed me moving towards it and looked in my direction, but did not waver from its spot.  I remember I was very impressed by its bravery. This encouraged me to get closer to it and I just went straight up to it and held out my hand with the snacks in it a few feet away from its head, hoping it would smell the food and come towards it. The fragrance must have gotten to it indeed, as the deer brought its nose onto my palms and started eating the food from it.

My wife was still standing near the gate. Only a couple of minutes must have passed that I suddenly heard a voice screaming in the background calling me to come out of the enclosure.
I complied, as I was already out of food to feed the deer. As soon as I was out, I saw a guard that had been waiting for me to reach the gate with bated breath.
He asked me in an exasperated voice, almost angry: “Why did you go inside the enclosure sahib?”

I told him why did I go there and asked him what the matter was and he promptly informed me:
“That Barasingha is extremely aggressive; it could have killed you in a second! He has already killed one person before and injured many.”

Surprised at that news, I asked him how all that was possible for that deer that looked so gentle.  However he told me that I was very lucky that it didn’t attack me because if it had, the officials would not have been able to save me.

Hearing that it’s true that I was hugely shocked ……………… and as I looked back at the enclosure, the deer was still standing with the same peaceful posture as before as if trying to disprove the guard’s facts. I soon realised how lucky I had been and made a mental note of being careful around animals as looks can be very deceiving! 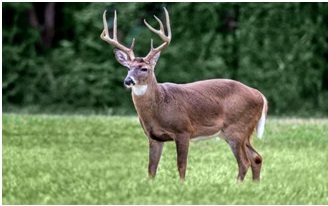 But the fact is, wild animal are not always wild until provoked by humans.Even the most simple of life forms exhibit behavioral activity, and whether the behavior is normal or abnormal can provide insight into their mental state.

Instinct is a powerful force in the animal world. It dictates the behaviors necessary for survival, especially in species that don’t get much guidance from their parents. These behaviors are programmed into an animal at a genetic level. It may seem that what drives animal behavior ultimately boils down to a pretty simple factor: survival.

It seems obvious that the role of survivorship is pretty powerful. Nature tends to reward the behaviors that best ensure that an individual escapes predators or finds food.’Survival of the fittest… right?

I was only feeding him, so his behavior was quite normal. Probably it understood my intentions.

On my way back I realized that may be this has been a message taught to me in the vicinity of the Kanvashram…that had once educated thousands of pupils. They say na…The aura of a place has its own mysticism around. 🙂

It was truly a mystical encounter for me….

Isn’t it really touching…Hope you had a great read!!

Kumbh Mela – A Divine Encounter!!! You are not a drop in the ocean. You…

J For JUG of My life…