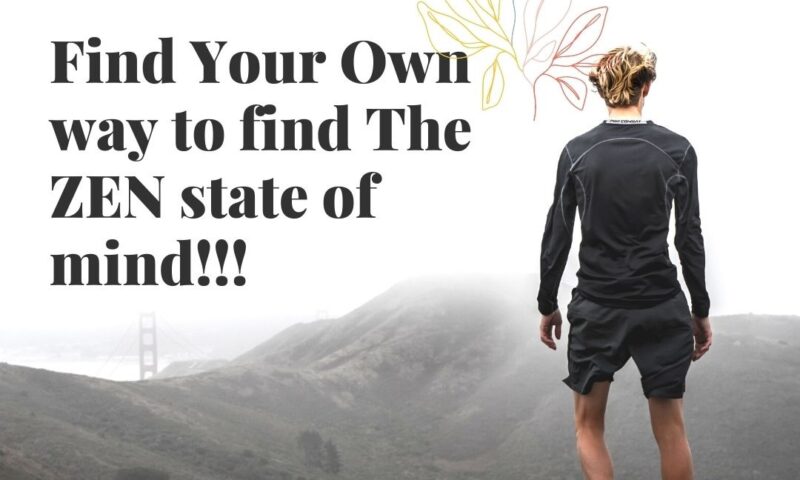 ZEN State of Mind is a state where Mind is not attached with Mind. It’s precisely a state of “No-mindedness”.

Let me start with a Disclaimer, I was wondering what to write on Alphabet Z, I am totally stuck you know. Nothing was coming to mind. Then I browse through the  folders to get some ideas from my occasionally written stuffs. Then found this piece draft written by my Son Aaditya which he had asked for some editing. He was supposed to submit this for something in his school. I am just posting it here.

The Writer of the Artcle is – Aaditya Mahapatra @antimeridian

What does it exactly mean?

It means having some time for ourselves where we are not indulged in the thoughts of the mind. Like is as if we don’t have a mind. It is not a religion; it is not a belief, and it certainly is not a piece of knowledge. It’s a practice. And trust me it works.

I agree, we can’t be like Monks, especially Zen monks who most of the time stay in a meditative state. But even for a while if we practice this then it’s going to work wonders.

There is the zen story: “Once a person asked to a Zen Monk, “What is Zen?” The monk quickly jotted the word “Awareness” on a piece of paper. A bit confused, the person compelled him a bit: “Could you elaborate & explain?” The Monk again wrote a second note: “Awareness Awareness.”

So precisely, Zen is nothing but being aware that “we have a mind & we need to be in a no-mind. Initially it doesn’t happen that way.

Our mind is like a river, thoughts flowing in it as water. Most of our life we drip ourselves wet in the mind. Once we are aware of that, we need to sit, not allowing ourselves in the flow. It’s not easy initially. But as I say, it’s a practice. Everyone has the knowledge. But knowledge without practice is nothing.

Once we sit for a while, we find that the swollen river recedes, with time though. Thoughts appear to be vanishing, slowly…not all though. Also there are hidden thoughts that come to our notice in the beginning.

However, with time, we fill like we have found an island in the river of mind. Eventually it starts looking like as if you have developed a beautiful place for yourself.

Zen state of mind is where we just allow our mind to relax and feel good. Initially it’s like channeling the thoughts in one direction. Or just thinking something beautiful. In this way at least for a while the “Chaos” of different thoughts takes a pause.  That’s why in any guided meditation they take your mind in to a trance.

Is doing Meditation mandatory to achieve ZEN state of mind?

The answer is No. Though, meditation is an important part of Zen, but you do not need to sit in a certain position or listen to certain meditation videos or all that stuff, always. You can achieve Zen mind state by finding your own meditation technique.

See, meditation is something that you do to clear your mind so you can have a fresh perspective of things. But everyone can have a different meditation technique.

If you want to live the Zen life then you must find your own meditation technique. It should be something where you think that you are at peace and can easily clear your mind of all the thoughts that constantly keep roaming in your head.

Zen represents the path to awareness & full awakening meant to help you embrace the original nature. This is always present in our life right here and now.

You don’t need to force yourself to attain Zen state of mind, if you do something that makes you happy, helps you concentrate properly on this world and the things around you, keeps your mind clear then you are practising Zen. Just keep practicing your meditation technique. That’s all.

Whatever activity disconnects you from your immediate world & makes you happy, that’s also meditation. Doing that constantly, practicing everyday will lead to a ZEN State Of Mind for yourself.

Writing, reading, playing, painting…whatever. Just do it religiously for certain moments every day. Do it forb two weeks to experiment & then see the difference!!!! 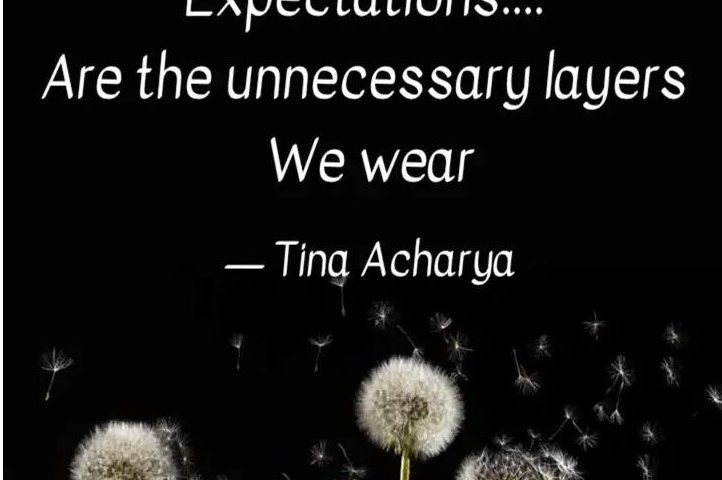 Expectations are a strong belief system within us that makes us assume that something will come to us or something will happen…
It’s true that we can never find a world which is “absolutely expectation free”. We expect from our life, the people around us and our surrounding…..most of the time inadvertently though.

Sometimes, we feel as if we are living someone else’s life. Often we feel a sense of void swallow up us, like something-is-missing kind. That’s for the reason that we let other people to decide our choices. We try to fill up their expectations. Same way we also want others to fill up our expectations. Social pressure is deceiving — we can promptly lose control of our lives without noticing it. To triumph over expectations, we must uphold ownership of our options and preference.

I feel…with every layer of expectations, we lose something within us. I mean every expectation comes with a cost of making a small dent in us…a kind of void, a kind of hole. That’s why “The more we expect, the more we become poor and miserable”. However, it’s not easy to stop expecting but we can consciously reduce them especially the layers which are not necessary for our struggle for survival!! At least, we can shed the Unnecessary Expectations!!

Expectations are an illusion. By trying to please everyone, we end pleasing no one — ourselves included. That’s why most people don’t live the life they want. Everyone feels frustrated and disappointed.

Shedding few layers of expectations, sure a better way of feeling happier and wealthier!! 🙂

If you expect nothing from somebody you are never disappointed.
― Sylvia Plath, The Bell Jar 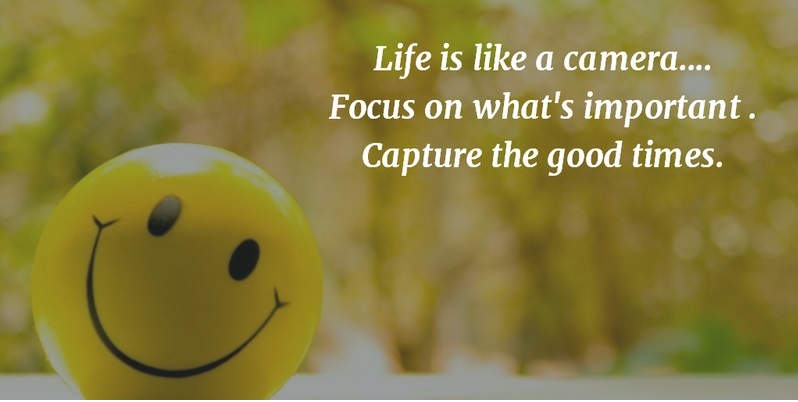 This Morning…while having my morning Coffee with a fresh mind I decided to do one thing. I wanted to remember one good thing which I did, saw, happened to me or anything as such that had made me most happy….in the last week. Initially, to be honest nothing came to my mind immediately. After trying bit hard,the first thing I could remembered  was, “The bed time talk” with my son. He often tells me the story of Perky Jackson – The Greek Mythology  and few jokes along with it. And the second one was The time I spent with my friends last Tuesday. It was typically a “Fun and Foodwala” get-together. They were my  happiest moments!!

I wonder…Had it been about bad times…would it bit quicker and easier to remember?

Because, “bad times” have a stronger invading power and raid the mind the moment they happen than “good times” which are slower and weaker to draw attention even if they happen with same intensity.
That’s how we live our days…without noticing Happy moments more often!!
Ugly moments never look for our Attentions but Happy Moments Do!!
For Ugly moments, Like adults are capable enough not only to draw our attention, in fact quite compelling to let us notice them but also their taxing impact stay for long even after the moments are over

But Happy Moments…like children need our conscious attention, care and absolute nurturing to be noticeable as well as let them have longer positive impact in our lives amidst the twists and turns of it….

If we are capable of recognizing that the highlights of our destiny can be found in the spell of a happy moment, we needn’t worry all the time about the hurly-burly of the future. (“Lost dreams”)
― Erik Pevernagie

We should understand that ““A good life is a collection of happy moments.” by Denis Waitley . A good and well lived life is mostly a collection of beautiful  moments. Let’s remember them more often and smile.

Its also posted in HERE