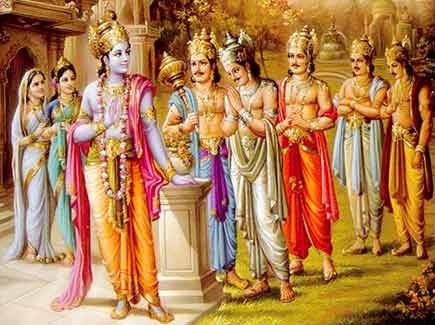 Yudhistira  or Dharmaraj Yudhistira has always been a mysterious character for me ever since I learnt about Mahabharata – The Epic. I had watched Mahabharata in Doordarshan in my grown up years. That time,  I hardly understood anything about the story, characters etc other than loving the visuals.  My real encounter with Mahabharata Story was in my teens. When I read the Book Jajnaseni– written By Dr.Prativa Roy the first women recipient of Moorthydevi Awards, first time.

Jajnaseni – is the story of the Mahabharata retold in the first person perspective of  Draupadi alias  Jajnaseni. She was born from a hawan kund directly with a youthful body surpassing infancy and growing up years.  It’s really a really thought-provoking book. Draupadi had questioned all the circumstances that were put forth by life in the entire book. This spin is what makes the book captivating as contrasting to the original narrative. The book is also an autobiographical tale of Queen Draupadi.

First impression lasts long, After Reading that book I could never like the character of Yudhishtira; there were legitimate questions asked by Draupdi about his character and conduct.

My father used to tell stories from epics and scriptures. Most of the valuable lessons I learnt that led to put the foundation of many good characters in me were from his stories only.  Once while discussing the righteousness my father gave the example of  Yudhishtira. With a denial I argued with him that I didn’t understand the character of Yudhishtira.  And what makes him so virtuous. What was so moral about him??

Then my father narrated this story.

After making Pandavas to exile to forest leaving everything deceitfully defeating them in a Game Of Dice- Pasha Khela- Once Duryodhana and his army men reached Kamyak forest to have a glimpse of cursed and doomed, ill-omened life and hardships of Pandavas by themselves. They halted and settled in a place in the forest. There was a lake in close proximity. That day, that moment, a group of Gandharvas – Celestial musicians from heaven – and their consorts were taking bath in the lake. Chitrasen was their leader. Duryodhana, a habitual offender  and his men started misbehaving with them and passed lewd comments and rude jibes on the false euphoria of having many army personnel with him. But the Gandharvas used their divine powers to render Duryodhana and his army weak and powerless. Duryodhana was overpowered and was intensely embarrassed and ashamed of his pitiable defeat.

Chitrasen wanted to teach Duryodhana a lesson.  So he arrested Duryodhana and fastened him.  He was about to beat him up when Pandavas happened to pass by that side. Seeing the pathetic condition of his brother, Yudhisthira advised Arjuna and Bhima to free Duryodhana who was in the clutches of the Gandharvas. Both the brothers remonstrated that Yudhisthira should be more realistic, sensible and practical and use his common sense; how and why could they help the tormentor of Draupadi?

But Yudhisthira placated them and said, “Our differences should not come in the path of our obligation and duty to protect our brothers in difficulty.” Then Pandavas defeated Gandharvas and Duryodhana was set free. He ran away ashamed of himself.

The story itself was quite depicting the soft – righteous or peculiar – nature of Yudhisthira. He was a calm and cool person. Though, I had many reasonable questions on his character and conduct, but I had to agree on one thing,  Undoubtedly he was a person who had the ability to follow “What is right” in almost all circumstances of Life no matter what. Probably that’s what makes him Dharmaraj – The king of Righteousness!

Yudhishtira – In the Hindu epic Mahabharata,Yudhishthira was the eldest son of King Pandu and Queen Kunti and the king of Indraprastha and later of Hastinapura (Kuru). By the description of Vyasa and Krishna, the king was fair and lotus-eyed, with a long and stout nose, tall and strong but humble like any other citizen. He was the leader of the successful Pandava side in the Kurukshetra War. At the end of the epic, he only ascended to heaven in human form after having the glimpse of hell for a while for his “White Lie” in the battle field of Kurukhsetra, in Mahabharata. He was also blessed with the spiritual vision of second sight by a celestial Rishi as a boon. There are many testaments in the epic to the many good virtues of this, the simple, truthful, kind, adaptable, and patient king.

However, I still feel there are many other facets of him which is debatable and questioning his Righteousness and  I have a wish to explore this Mysterious Character in the form a Book –One Day!!!! 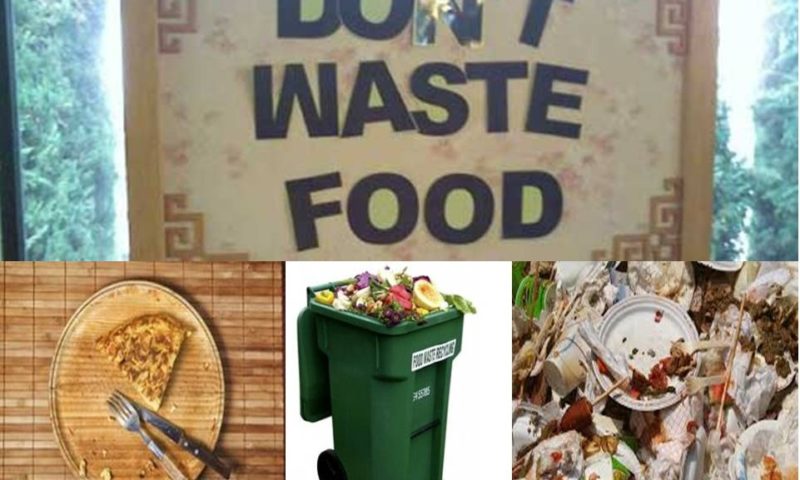 N For NEVER WASTE FOOD – An Advice from My Father