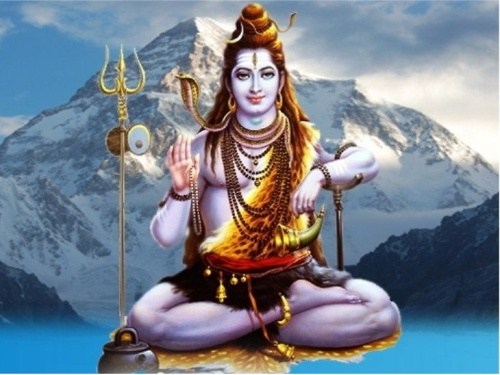 On Mahashivaratri often the staunch devotees of Lord Shiva Chants the Mahamrutyunjaya Mantra which is as follows.

Mahashivaratri: The Legacy Of Lord Shiva & Environment!!!Lord Shiva, as we all know that he is the God of the Gods, Devon ke Dev, Mahadeva – The Ultimate Savior of Universe. And Mahashivaratri, is one of the most auspicious festival that holds very high regard for his devotees across the nation.

On this auspicious occasion of Mahashivaratri I was privileged to be invited to a Plantation drive by Nature Care Foundation, Vashi. It was carried at Vashi, Sector 12, Jogging Track Area. What’s worth to be mentioned here is that, in that particular occasion, at least 100 coconut trees were🌴 donated by Mr.Kamlakar Patil, a resident of Vashi, in the Loving Memory of his Father Late Panduram Kanha Patil, on the day of his first Punya Tithi (death anniversary). Mr. Patil himself is a nature lover & a concerned green activist.

Mahashivaratri is celebrated not only as the anniversary of Lord Shiva & Goddess Parvati but also as a day when Lord Shiva had saved the Universe from the pot of poison that had emerged from the Samudra Manthan.

Mahashivaratri, Samudra Manthan – Churning of the Ocean of Milk

Samudra Manthan – Churning of the Ocean of Milk (Khshirasagar) by Gods and Demons is one of the best-known stories that most of us have grown up hearing it. It’s believed that along with many spectacular things that was well distributed between Devtas & Danavs, a pot of lethal poison was also released during the churning process which could have destroyed the entire creation. None of the Gods or Demons dared to handle it, instead everyone was scared of it. Then Lord of the Lords, Mahadev appeared as a savior & drank it entirely to save the world.

Samundra Manthan – How I See It!!

However I see this episode in an entirely different prospective. For a moment, let’s look at this episode from a rationale stance. I feel, the entire Samudra Manthan episode & the lethal poison pot releasing at the end of it itself speaks a lot about the “Over Exploiting Attribute of Us.”

Probably, as I believed or you can I understand, water as a resource was overexploited that time which had led to a serious pollution which could have destroyed the entire water content of the globe leading to a severe destruction & imbalance. Water Elixir of Life. If it would have poisoned then how could life sustained on the Earth? I don’t know how or what power Lord Shiva had but it’s well documented that He saved the world  during that time. Let’s put our believe in that.

What are we doing now?

Now, coming to the present situation, what are we doing now? Aren’t we destroying the natural resources for our over ambitious idea of living? We are all well aware, how we humans, in search of better living in terms infrastructure and development, have blatantly abused nature. We have cut trees, reduced forest lands and polluted water bodies and air to accommodate more humans, projects, and factories…etc. That has imbalanced the Ecology.

Aren’t we destroying our own planet?

For instance, deforestation alone has made many living species disappear. Pollution has eventually become uncontrollable posing a great treat to our health in particular and life in general. Global warming is lurking with its evil eye casting a deadly threat on the entire living world. In short, the bottom line is we are here with a “Pot Of Lethal Poison” which has been released after our over exploitation of natural resources. And what we think? Lord Shiva will again come and with his unique power make the biosphere pollution free?

Come on, Let’s not live in the Fool’s Paradise. It’s now our responsibility to save ourselves, our environment. And I think Planting a Tree is the first step towards it. In fact,

If we really have highest regard to our Lord, then it’s time to take his legacy forward to save the world. So, by Planting a Tree on the day of Mashashivaratri is one the best way to show our reverence to the Lord. Isn’t it?

Also, the day we were born, we were provided with free oxygen which is given by the trees that’re planted by our ancestors. What could be the best thing to offer to our ancestors than Planting A Tree in their memory!!

Let’s Show Our Love & Respect To Our Ancestors By Planting A Tree In Their Name!!!

I really highly appreciated the efforts of Nature Lover & Concerned Green Activists Like Mr.Kamlesh Rajpoot, Mr.Vijoy Gore and other members of Nature Care Foundation for their initiative for providing a platform for such noble participation and people like Mr.Pravakar Bhoir for extending their support to such endeavor.

At last I feel, we can really follow such ways of showing our reverence & love towards our Gods and ancestors. It’s a need of the hour too!!!