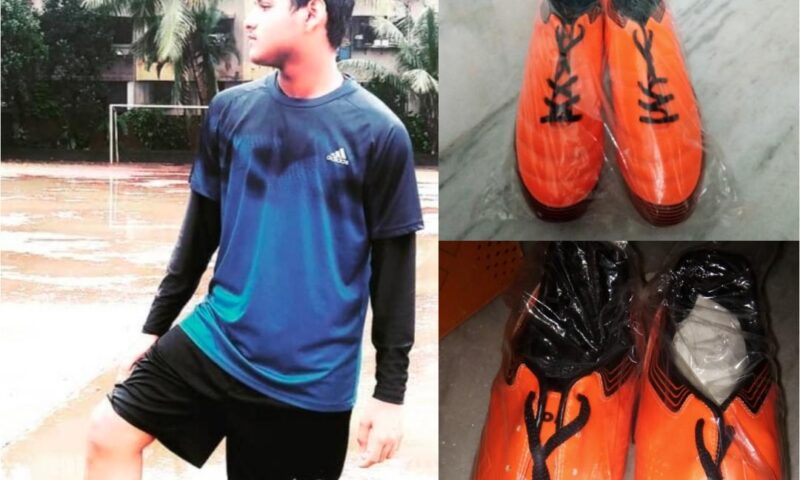 The Stud Story – with this story I would like to will tell you that nurturing children for financial growth is also an important part of parenting.

When I was young, I was taught about money or saving/budgeting. Because from a very tender age I went to a boarding school. However, I see some of my friends learnt about managing money in much later part of their life. So, I always felt that our kids should be well-informed, nurtured about money. I felt my son should be taught about money.

I believe parenting doesn’t come up with an exact manual for everyone to follow. Each child is Born unique so also, it’s parenting should be…isn’t it? Let me talk about the stud story – story of this neon orange pair of Studs.

My Son was in 7th Std then. After done with his everyday tantrums of “Mom, give me this, give me that” I decided to give him pocket money. I did the Same and asked him to manage all his expenditures for the month. For a 12yr Kid Rs.500/ was like a lottery. He was excited & proudly keeping the money in the wallet given by me & managed his expenses.

Suddenly he developed an interest for the football. Eventually he became crazy for it. As any other over excited parents the moment he developed the interests he was gifted with a pair of Addidas stud by his over protective dad. However, within a month or two he lost it. Seemed someone took it from his bag while he was busy with friends. It happens at times, right?? .

He told his dad the same. And for the first time I think Santosh – my hubby told him…”will buy another pair when you would learn to appreciate & take care of things.” I know my hubby had said it just in an impulse, feeling sad for the loss. .aisehi bol diya tha. In our next visit to mall, he would have bought him another pair. But Pupun felt like a culprit & to my surprise didn’t throw tantrums. It was unusual. .
.
However, football craze had already possessed him. He couldn’t resist that. That year only I had started giving him pocket money. But he had no saving. So, he came up with a proposal. He said, “Mama, buy me one & I would return you with a part of it every month from my pocket money till the amount is done,” I was surprised!! I didn’t know from where in the universe he got this idea.  But I liked the it. I said Yes. After showing some fake resistance though (I was acting 😜)

Then what!!! He went to the nearest sports shop, bargain hard for this pair 😳& bought it😎 Religiously paid the instalment to his mom w/o interest though😜 & managed with the less pocket money till 5 months. I felt bad at times by deducting 100 rupees from his pocket money, but I thought I was necessary.
.
Many were critical of me giving him pocket money as he was too young for that. But I think I did a right thing (I was experimenting though). The best thing is he learnt the value of things as still the pair is as it is as he feels it was bought by HIs Money😜😜 Never seen he took care of anything like that before.

As of now he has saved enough to open a bank account. After getting pocket money, he found many ways to reduce his expenditures as well. In the birthdays of their friends, instead of going for individual gift, they started buying a nice one with contribution. That became a trend among them. And I think that was right too. Because I have seen the Bday gifts are of no use. Sometimes there are five Chess Games. What will a child do with them? I have so many times disposed them or given them to maids.

Some other tricks were also devised by these kids to reduce the expenditure. I know we are quite well-off parents. We can really afford what our kids want, But here it’s not about our financial strength. It’s about developing their skills to manage their own finance. Isn’t it?

The Studs, these pair of Orange Neon Studs always remind me that I did a right thing.
Parenting is really a wonderful journey as You live so many lovelyyyy moments through it😍😍

GhaaTe kaa Saudaa – Get Out of a Loss Deal ASAP!!!