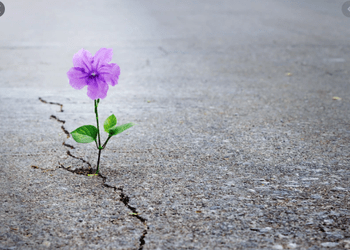 Undying Hope is the Best Armor to Battle Corona!!!

As I look at the world today, it seems filled with grim & despair. A kind of powerlessness seems to be psychologically predominating. There are reasons too. We are battling with an Invisible enemy which is evolving every moment. It’s becoming stronger & stronger.

Every day we are losing lives. More because of our own folly though.  Earlier they were just numbers, now they are faces as the loss has become personal. Most of us have already lost someone from our close surrounding.

We underestimated it, we undervalued its strength, we misjudged it’s potential. However, I think nothing last forever. How much strong it is, but at the end of the day it’s a wave and every wave have to subside with time. It’s running its course. But I feel we should never lose our Hope. It seems to be Invisible but that’s not true.

I agree sometimes it’s just not the proper timing. Nothing works. The cruel reality takes a ride over our psyche.  But that doesn’t mean that it will last forever. I can never believe that we are powerless anyway. In fact, it’s just the opposite. Humans have been gifted with an undying spirit. Universe created us for a reason. Humans are the best creation of Universe. So, it’s never going to harm it to an extent that we find it hard to exist. It’s okay, things are not good at present. But let’s see the bigger picture.

We have the highest wisdom and courage within, gifted by the spirit. We can conquer our fear during any adversity. We must remember that we are the Best Creature of the world. We have the responsibility to make the earth a better and greater place.

Hope is a decision and just an attribute of human race. In fact, a very important decision.  It’s a flame that illuminates in the hearts. We need to make a conscious choice. It’s our Undying Hope that’s the best armour we can have to fight any adversity, be it Corona… 😊

There is Not Enough Darkness!!!

EVERYONE IS CREATED TO FLY!!!